A New Jersey teen accused of fatally stabbing his neighbor during a scuffle in May, deliberately started the fight in order to become “TikTok famous,” lawyers for the dead man’s family say.

Lawyers for the Durham family alleged that Latham lured them to his Vineland home after multiple confrontations that he had filmed for TikTok, NJ.com reported Sunday. One of those confrontations reportedly gained more than 3 million views. 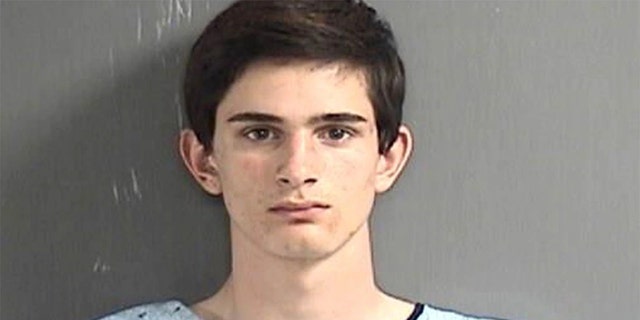 Latham filmed himself in April being confronted by Durham’s wife, Catherine, about his driving. In the video, he repeatedly calls her “Karen.”

In another video, Durham’s 21-year-old son, William, appears to try and open Latham’s car door as he drives past. Latham can be heard telling William: “I got a knife, dude,” and captioned the video: “Karen’s son found out the video went viral and tried taking me out of the car,” the family’s lawyers told prosecutors in a letter.

The lawyers also claimed that in a now-deleted post, Latham can be seen holding a gun, saying: this is how you handle neighbors.”

The lawyers alleged that the family had sought help from authorities but were told no action could be taken because of courts being closed amid the coronavirus pandemic.

After allegedly swerving towards Durham’s other son, age 17, while riding his bike, and hitting the mom after she confronted him over the incident, the Durhams confronted Latham in his home, the lawyers said.

Durham died after being tased and stabbed multiple times, NJ.com reported. Latham claimed he had been acting in self-defense.

In their letter to prosecutors, the family’s lawyers said Latham’s wife, Sarah, recorded the deadly encounter “because it was her and Latham’s intent to post these videos to TikTok and become ‘TikTok famous.’”

The lawyers are now seeking to upgrade Latham’s charges from aggravated manslaughter and assault to first-degree murder. They have also requested that charges against the family – including criminal trespass and assault – be dropped.

Latham remains free pending his next court appearance on May 20, The New York Post reported.