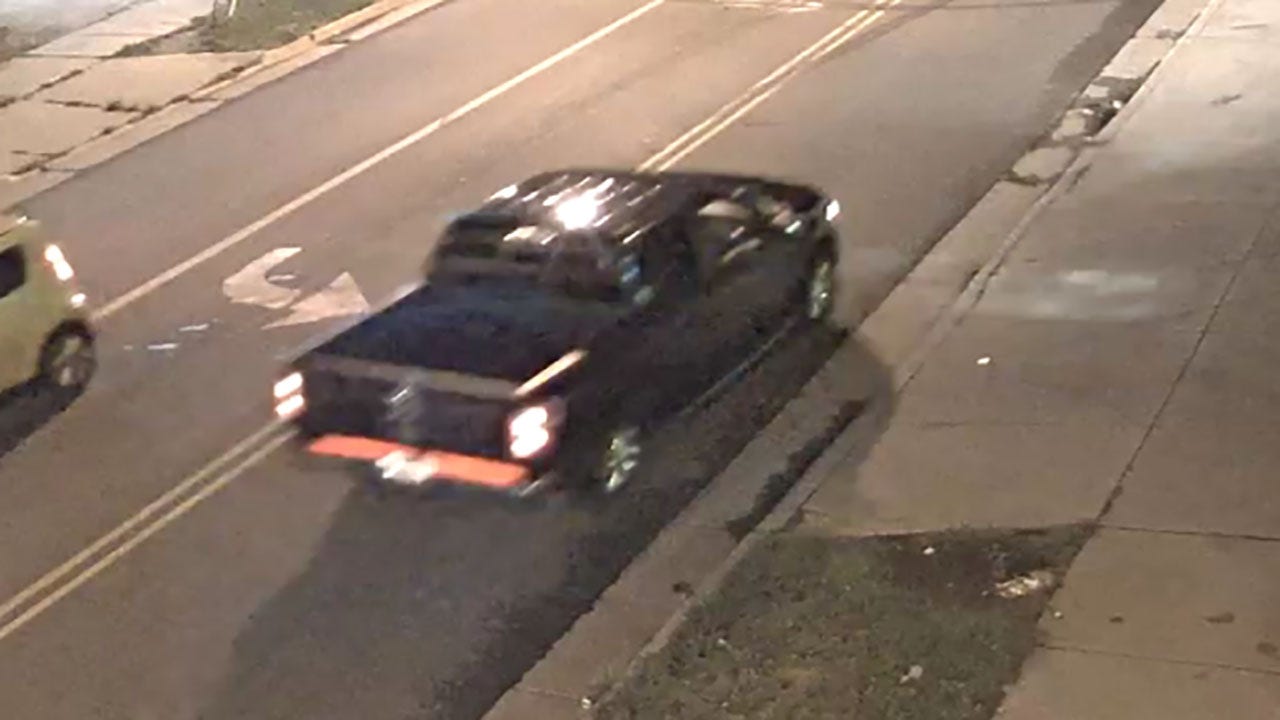 Ohio detectives are investigating a shooting that killed a 1-year-old child and wounded two adults Sunday night in Akron as the city sees an uptick in homicides.

Police are seeking a pickup truck that may be involved in the shooting, which unfolded around 9:30 p.m. when a suspect fired multiple shots at a home, Akron police said in a news release.

The 1-year-old baby was struck and rushed to Summa Akron City Hospital, where the child later died.

The gunfire also hit a man and a woman, who both suffered wounds to their lower extremities, police said. They both were being treated at a hospital for injures that were not life-threatening.

The name of the child was being withheld pending positive identification and family notifications. The names of the adults were also not immediately released. The relationship between the three shooting victims was not immediately clear.

No arrests have been made and police do not have a suspect description. Detectives are asking the public for help in identifying the dark-colored pickup truck, which they believe is a Dodge Ram model.

The shooting comes after nine people were killed in Akron last month – one of the city’s deadliest months since 2017, according to the Akron Beacon Journal.

There have been 30 murder investigations in the city so far this year, the paper reported, adding that police investigated 33 murders in all of 2019, and 32 in 2018.

Large US cities see double-digit surge in homicide rates in first half of 2020, report finds

Florida man arrested after waving loaded gun in one hand, holding beer in the other, deputies say