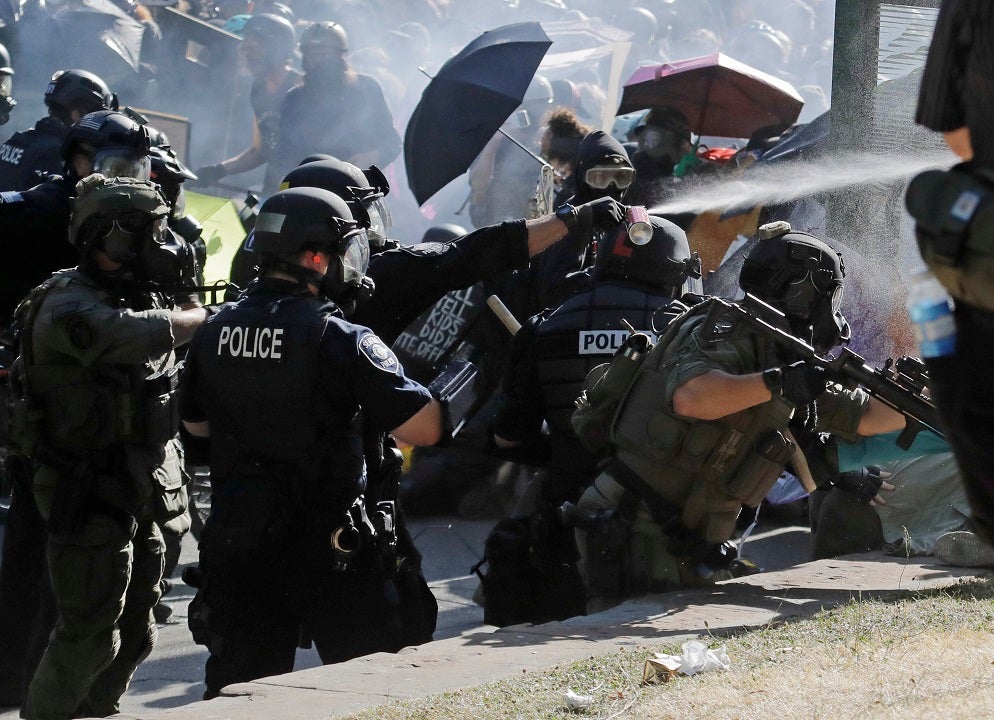 Several Seattle council members unveiled a string of proposals last week to scale down the city’s police force through layoffs and attrition but stopped short of slashing the police budget by at least half, a sticking point that many activists have called for in the wake of nationwide calls for police reform.

The plan presented by council members Lisa Herbold, Tammy Morales, Teresa Mosqueda and M. Lorena Gonzalez could reduce the police force by as many as 100 officers. However, they said defunding the department by 50 percent can’t be achieved in the short term because layoffs could be delayed by collective bargaining with the Seattle Police Officers Guild, the union representing police, the Seattle Times reported.

The proposed layoffs could decrease the department’s $409 million budget by about $3 million if the reductions are carried out by November.

“Today’s proposed amendments are really a down payment on reducing the size and scope of what the Police Department responds to,” Gonzalez, the council president, told the Times. “There are some real roadblocks this year.”

Most of the proposals target cuts in the police department’s SWAT team, encampment removal team and mounted unit.

“This is a step forward,” Angelica Chazaro, an organizer with Decriminalize Seattle, which advocates for defunding the police department, told the newspaper. “But it’s going to take a lot more than this for the community to feel like real change has happened.”

Seattle had been an epicenter of the rioting that has been seen in many cities across the U.S. The unrest there has included the infamous “CHOP” (Capitol Hill Organized Protest) zone, in which protesters took over about six blocks of the city’s Capitol Hill neighborhood, looking to establish a “police-free” area – until the city ultimately regained control, but not before at least two fatal shootings took place.

Police Chief Carmen Best has warned elected officials against redirecting police funds. She previously told Fox News that the city will be “much less safe if they take 50 percent of the cops off the streets.”

She has been targeted by protesters over her position. In a Monday letter to the council, Best said several demonstrators appeared outside her residence late Sunday night.

“These direct actions against elected officials, and especially civil servants like myself, are out of line with and go against every democratic principle that guides our nation,” she wrote. “Before this devolves into the new way of doing business by mob rule here in Seattle, and across the nation, elected officials like you must forcefully call for the end of these tactics.”

The City Council has promised to hammer out deeper cuts for the 2021 budget, including potentially slashing the police budget by $170 million.

The criteria for how police layoffs would occur states that newer officers would be let go first. Best has warned that could result in more officers of color being laid off. Herbold previously suggested laying off police officers based on race rather than seniority, which Best opposed.

“In the case layoffs are necessary, one threat is firing BIPOC [Black, Indigenous and people of color] officers first,” Herbold tweeted last month. “Chief can request the Public Safety Civil Service Commission ED for permission to lay off ‘out of order’ when doing so is in “the interest of efficient operations of his or her department.”