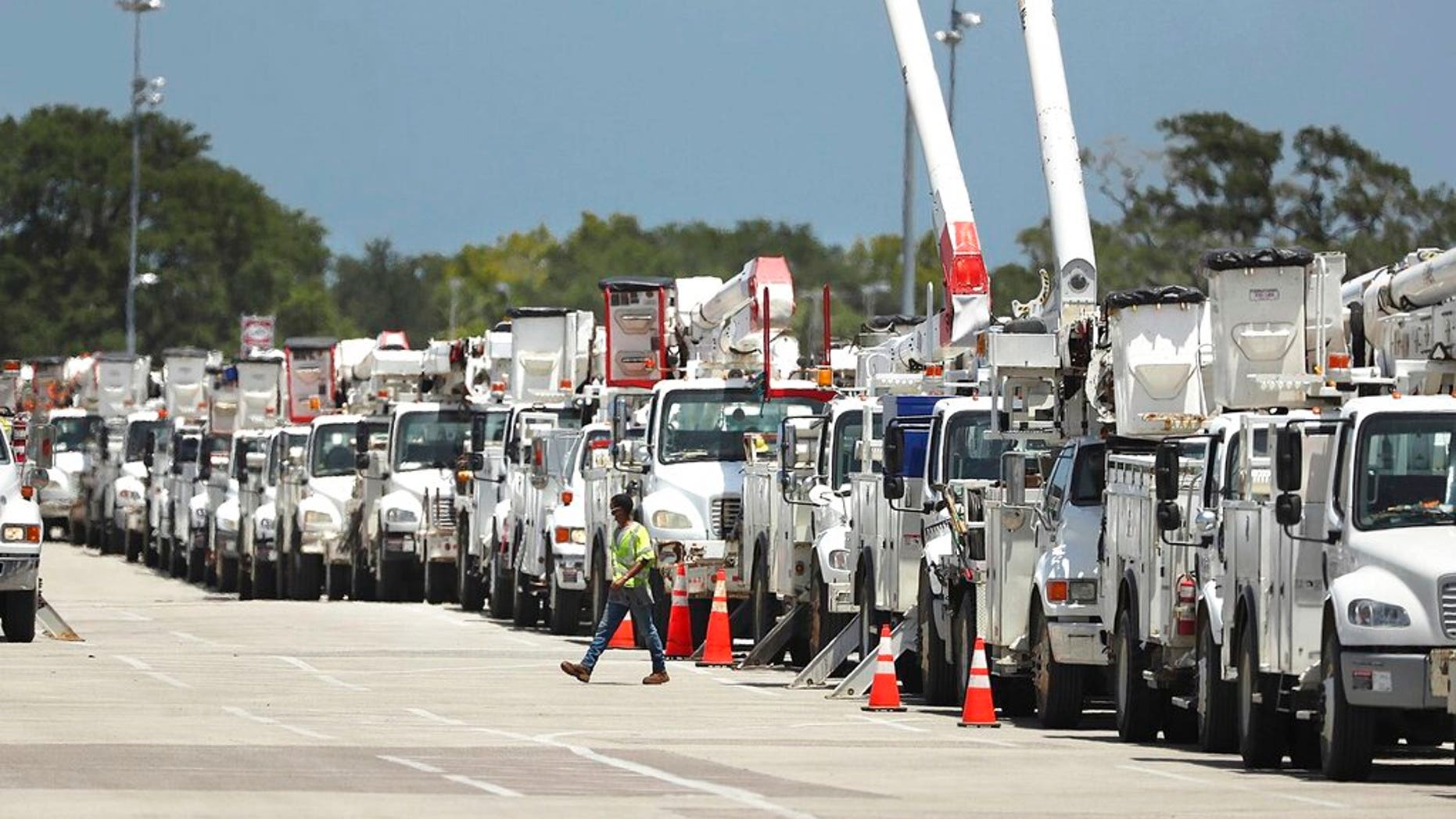 Good morning and welcome to Fox News First. Here’s what you need to know as you start your day …

Tropical Storm Isaias battered Florida’s east coast with heavy rains Sunday and is now on track to be at near hurricane strength when it reaches the Carolinas.

As of 11:00 p.m., the National Hurricane Center in Miami said the storm was located about 50 miles east of Cape Canaveral, Fla., and 365 miles south of Myrtle Beach, S.C. Maximum sustained winds have increased slightly to 70 mph as it continues to move north-northwest at a speed of 9 mph.

“Isaias is expected to be at near hurricane strength when it reaches the coast of northern South Carolina and southern North Carolina on Monday night, and strong tropical force winds are likely with hurricane conditions in the Hurricane Watch area.” the NHC said. CLICK FOR MORE FROM OUR TOP STORY

Steve Hilton admonishes Trump campaign for ‘sleepwalking into a Biden presidency’: ‘Wake Up’
Steve Hilton, host of “The Next Revolution” appealed to the Trump campaign to turn up the heat on Sunday, expressing concerns over their “baffling complacency” he fears will result in a Joe Biden victory this November.

During his opening segment Sunday night, Hilton said the prospect of a Biden presidency “gets closer every day because of the baffling complacency of the Trump campaign.”

“Where is the energy?” he asked. ” Where are the ideas in the hope for the future? Two weeks ago we were promised exciting policy announcements in the next two weeks. We are still waiting.”

After going dark on TV for a few days this week, President Trump’s reelection campaign is expected to return to the airwaves with new ads starting Monday. CLICK HERE FOR MORE.

“That was not what we were anticipating,” NASA Administrator Jim Bridenstine said at a press conference addressing the private boaters who greeted the craft with astronauts Robert Behnken and Douglas Hurley aboard.

Several boats with multiple passengers, including one flying a Trump campaign flag, could be seen on a livestream that captured the historic voyage surrounding the floating capsule after it safely touched down.

Bridenstine noted that the US Coast Guard cleared a landing for the craft and it wasn’t until after splashing down that the spectators crept close. CLICK HERE FOR MORE.

#TheFlashback: CLICK HERE to find out what happened on “This Day in History.”

The Seattle City Council is looking to abolish its police force, this coming days after 59 Seattle officers were hurt in the Seattle riots. Under the council’s plan, the police would be replaced by “a community-led safety provision program.”

Fox News First is compiled by Fox News’ Jack Durschlag. Thank you for making us your first choice in the morning! We’ll see you in your inbox first thing Tuesday.

This Day in History: August 3