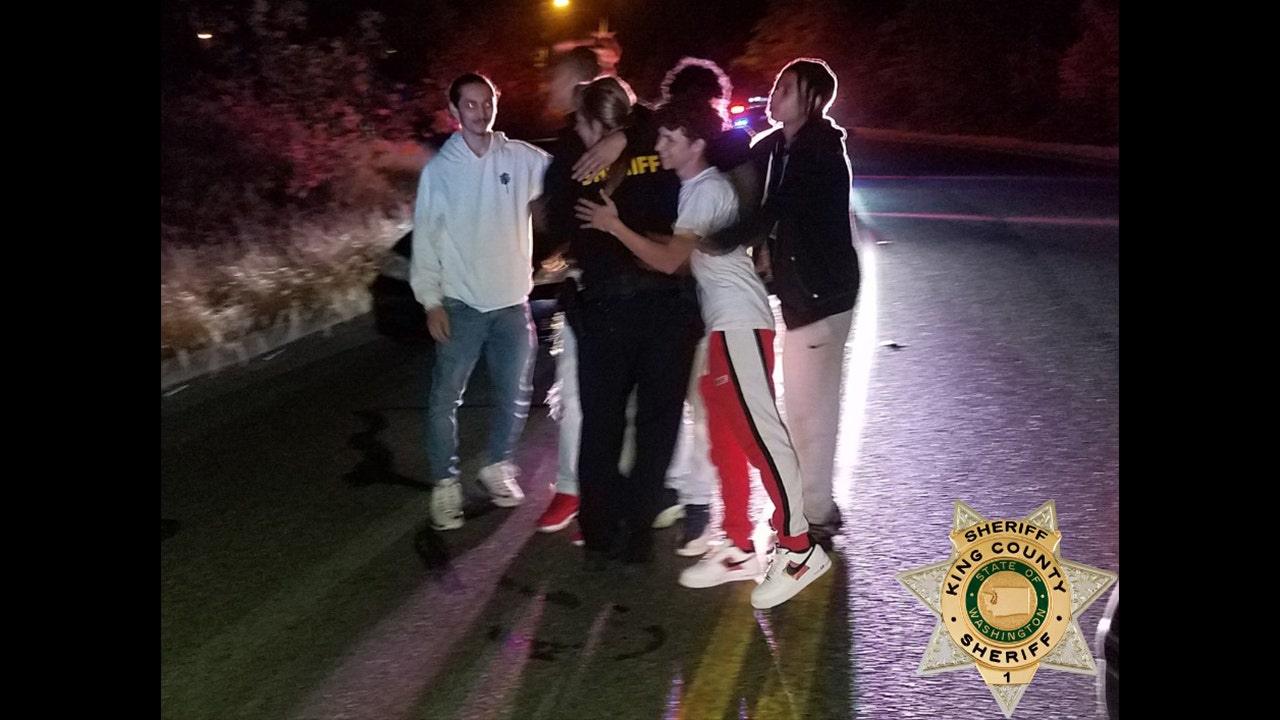 Five teenagers, who were hailed as good Samaritans after they saved a sheriff‘s deputy from being choked to death, were honored Monday night for their courage and heroism.

The King County Sheriff’s office of Washington recognized the five young men who intervened after a deputy was attacked by a heavily intoxicated man, CBS reported.

In July, Deputy Elliot was flagged down at a car wreck. She was off-duty at the time of the 1 a.m. incident.

Those at the crash claimed the suspect was trying to flee, and after the deputy attempted to stop him, he continued to stumble away.

The man was able to wrap his arms around the deputy’s neck; he “put her in a headlock and began squeezing.” During the struggle, she heard the group of young men yell, “Get off of her!”

The five jumped on top of the suspect and began to pull him off the deputy while Elliot freed herself. Then they helped her hold him down while she handcuffed him.

“On her behalf, I have to thank you,” Sheriff Mitzi Johanknecht told the boys on Monday. “She believes, and I believe had you not been there for her on this day, she might not be alive.”

The teens were given the Community Heroism Award, which represents the highest honor a civilian can receive from the sheriff.

The suspect was arrested on charges of felony assault of an officer and driving under the influence. He also had several other warrants out for his arrest, including for DUI, driving with a suspended license and failure to have an ignition interlock, according to the sheriff.