A 37-year-old mother and hair stylist from the San Francisco Bay Area has been missing since June – and her family is beyond worried about her, according to reports.

Erika Lloyd of Walnut Creek – about 25 miles east of San Francisco — headed out on a solo trip to Joshua Tree National Park, about seven hours away in Southern California, FOX 2 of the Bay Area reported.

But she hasn’t been heard from since.

“She’s got a [12-year-old] child here who needs her, she’s got friends, she’s got family, and we all miss her a lot,” friend Rebecca Malone told the station.

“Someone has to know something,” she added.

Lloyd’s Honda sedan was later found a few miles from the park – with its front and rear windows both smashed, the report said. In addition, her tent and other camping gear were found at a campsite.

“The vehicle was damaged before leaving the park,” Detective Alan Pennington of the San Bernardino County Sheriff’s Department told FOX 2, “and there was minor damage to the undercarriage where it was disabled. The vehicle had broken down.”

After Lloyd was reported missing, searches of the park – by air, all-terrain vehicles and ground teams with dogs – were launched, but no more signs of the woman were found.

Lloyd’s parents even traveled twice from Maryland to California to help in the search, FOX 2 reported.

If Lloyd had simply gotten lost in the park, it’s doubtful she could have survived weeks of searing heat, authorities said. 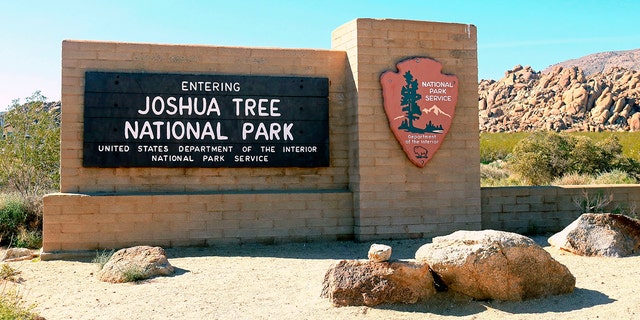 Anyone missing in Joshua Tree National Park for a long stretch of time is unlikely to survive searing summer temperatures, authorities say.

Despite the condition of Lloyd’s vehicle, Pennington said there was no other evidence that suggests foul play.

One possibility, the detective said: Lloyd’s vehicle was found less than 100 yards from Highway 62, so it’s possible the car may have become disabled and she got a ride from someone driving along the highway.

After so much time has passed, the best the family can do is continue hoping, her father Wayne Lloyd said.

“The big thing is just keeping the word out, hoping someone might have seen her,” he said.