Daisy Coleman, a victim of high school sexual assault and advocate for rape survivors whose story appeared in the 2016 Netflix documentary ‘Audrie & Daisy,’ has died by suicide. She was 23.

“My daughter Catherine Daisy Coleman committed suicide tonight,” Melinda Coleman wrote in a Facebook post. “If you saw crazy…messages and posts it was because I called the police to check on her.”

When she was 14 in January 2012, the younger Coleman said she was sexually assaulted by her older brother’s friend in Maryville, Mo., then left outside in below-freezing temperatures for hours.

Her assailant was never convicted of felony sexual assault. In 2014, Matthew Barnett pleaded guilty to a lesser charge of misdemeanor child endangerment and avoided a jail sentence, the Associated Press reported at the time. 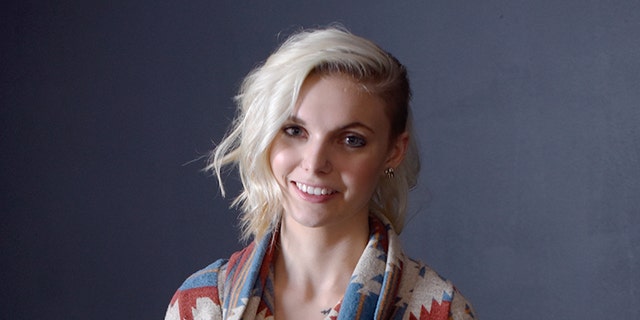 Documentary subject Daisy Coleman from the film “Audrie &amp; Daisy” poses for a portrait during the WireImage Portrait Studio on Jan. 26, 2016, in Park City, Utah. (Photo by Randy Shropshire/WireImage)

“I am ready to move forward,” Coleman, then 16, said in a statement after the plea. “To all those who supported me, I promise that what happened on Jan. 8, 2012, will not define me forever.”

But she was bullied in school and on social media, and attempted suicide multiple times.

The Netflix documentary details how Coleman’s family was outcast and ostracized by the community after the incident. Her house was burned down, according to SafeBAE, the nonprofit she helped co-found.

“You already have this wound just ripped clean open, and you’re vulnerable, and you’re going through a really hard time,” Coleman says in the documentary. “And to have all these people attacking you on top of it, it almost makes the bullying seem more extreme.”

“We are shattered and shocked by her passing from suicide,” reads a post on the foundation’s Facebook page. “She had many coping demons and had been facing and overcoming them all, but as many of you know, healing is not a straight path or any easy one. She fought longer and harder than we will ever know. But we want to be mindful of all the young survivors who looked up to her. Please know that above ALL ELSE, she did this work for you. She loved talking to young people about changing the culture and taking care of one another.”

Audrie Pott, another subject of the same documentary, was sexually assaulted in California in September 2012. She died by suicide 10 days later.