Tropical Storm Isaias claims life of Pennsylvania girl, 5, who 'walked out' of home

The body of a 5-year-old girl with autism was found Wednesday by authorities in a Philadelphia suburb after she went missing during Tropical Storm Isaias, as the death toll from the storm grows.

The tropical storm has now left at least eight dead after moving up the East Coast on Tuesday, downing trees and causing millions to lose power.

Some of the worst flooding was reported in the Philadelphia area, where heavy rain caused creeks and rivers to overflow.

The Towamencin Township Police Department said late Tuesday that officials were searching in Montgomery County for Eliza Talal, 5, who disappeared as the storm roared through the area.

Authorities told FOX29 that Eliza went missing after walking out of her home during the storm, and was last seen around noon Tuesday on Spring Valley Road in Lansdale. 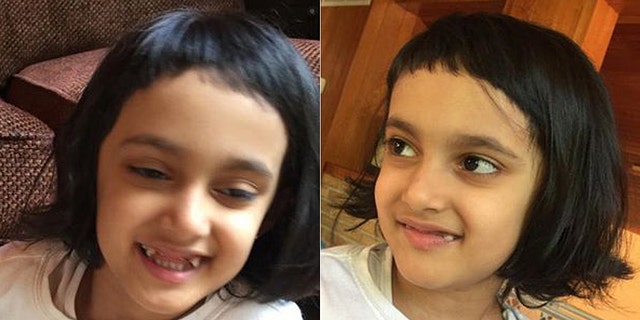 The 5-year-old was described as not wearing shoes at the time she left the house, and that she is on the autism spectrum and is nonverbal.

Crews searched neighborhoods, parks, and walking trails around Towamencin Creek into the early hours on Wednesday before her body was discovered.

Montgomery County officials told the Philadelphia Inquirer her body was discovered in Towamencin Creek, which had swollen overnight due to the extensive rains from the storm.

Millions along the East Coast were picking up the pieces on Wednesday after the storm blasted the area.

Another person died in Pennsylvania when their vehicle was overtaken by floodwaters and was swept downstream.

Three others were killed by falling trees toppled by the storm in Maryland, Connecticut, and New York City, and a seventh person died in Delaware when a tree branch fell on them, authorities said.

Major flooding was reported in Philadelphia along the Schuylkill River, which sent an unsecured construction barge into a bridge. Inspectors were checking for damage. Interstate 676, which crosses the bridge, was also closed in both directions.

The Vine Street Expressway in Philadelphia was closed in both directions Wednesday morning due to an unsecured barge that was knocked free due to flooding from Tropical Storm Isaias. (FOX29)

Regional rail service was also suspended in Philadelphia due to damage from the storm.