Lori Vallow will be charged in death of her ex-husband within 4-6 months, police confirm

Investigators in Arizona will most likely file charges against Lori Vallow, who is at the center of a case involving the deaths of her two children, in connection with the 2019 fatal shooting of her former husband.

Chandler police spokesman Sgt. Jason McClimans confirmed to Fox News Thursday that detectives plan to submit their case regarding the death of Charles Vallow to the Maricopa County Attorney’s Office. The recommended charges against Vallow will most likely include conspiracy to commit murder, he said.

“I can’t confirm the exact date or timeline when the case will be sent over, but an estimate is 4-6 months,” McClimans said, adding that investigators still have search warrants and subpoenas in the case.

He said detectives are still going through 100,000 pieces of “digital data.” 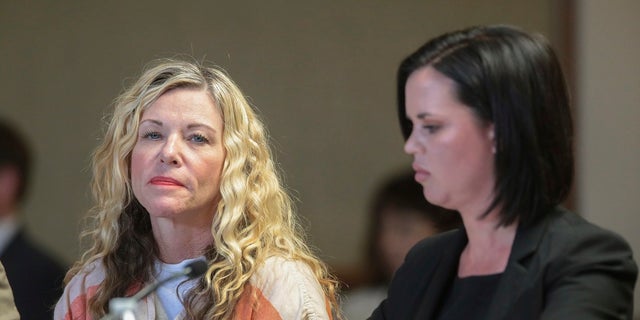 Lori Vallow Daybell glances at the camera during her hearing, with her defense attorney, Edwina Elcox, right, in Rexburg, Idaho. Arizona authorities said she will most likely be charged in connection with the death of her former husband. (John Roark/The Idaho Post-Register via AP, Pool, File)

Charles Vallow was fatally shot by his brother-in-law, Alex Cox, in July 2019 after an altercation in a suburban Phoenix home.

Vallow had been seeking a divorce, saying Lori believed she had become a god-like figure who was responsible for ushering in the biblical end times.

“Lori has always been a person of interest in this investigation,” McClimans said. “With regards to this charge, Lori was not the person who shot Charles, as it was already determined Alex Cox did.”

Prosecutors will ultimately decide what criminal charges, if any, will be pursued.

Cox, who claimed he killed his brother-in-law in self-defense, died in December of natural causes. After her estranged husband’s death, Lori Vallow moved to Idaho and eventually married “doomsday prepper” Chad Daybell in November.

A booking photo provided by the Rexburg (Idaho) Police Department shows Chad Daybell, who was arrested in June on suspicion of concealing or destroying evidence after local and federal investigators searched his property, according to the Fremont County Sheriff’s Office. Authorities said they uncovered human remains at Daybell’s home as they investigated the disappearance of his new wife’s two children. (Rexburg Police Department via AP)

Rexburg, Idaho, police are investigating the October 2019 death of Daybell’s wife, Tammy, who died weeks before her husband married Vallow in Hawaii. Tammy Daybell’s body was exhumed in December but autopsy results have not been released.

Vallow and Daybell also are at the center of a mystery over the deaths of her two children, 17-year-old Tylee Ryan and 7-year-old Joshua “JJ” Vallow. An Idaho judge ruled there was enough evidence for Daybell to stand trial on charges related to hiding the children’s remains.

Both are charged with conspiracy to destroy, alter or conceal evidence in connection with the children’s deaths. Vallow waived her preliminary hearing Thursday, setting the stage for her case to go directly to trial.

The children’s remains were found on Daybell’s rural Idaho property in June, though authorities have not said how they died. Authorities began looking into the disappearance of the children after reports from concerned relatives.

They soon learned the children had been missing since September 2019. During search efforts, the couple lied to investigators about the children’s whereabouts before moving to Idaho and did not cooperate with authorities trying to find them, police said. Vallow and Daybell were found in Hawaii months later.

Lori Vallow was eventually arrested in Hawaii on a warrant issued by Idaho police on child abandonment charges. Authorities said she believed in “zombies” and dark spirits. Daybell is author of several apocalyptic books about the end-times.

Their religious doomsday beliefs have isolated them from their families, relatives said. A friend, Melanie Gibb, said Lori Vallow told her at different times last year that both children had become zombies and that the couple believed the only way to rid a person of a dark spirit was by killing them, according to court documents.

Hawaii to reinstate 14-day travel quarantine for traveling between islands