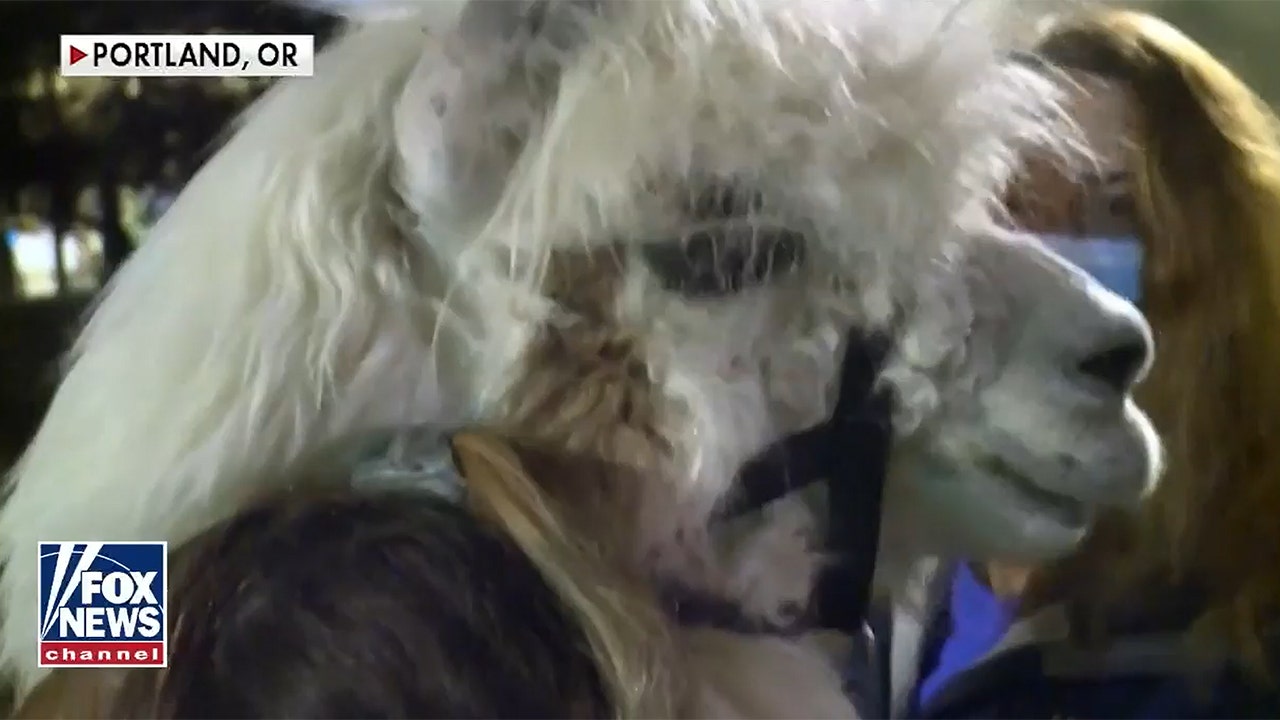 A “No Drama Llama” is walking the streets of Portland, hoping to quell some of the tension from ongoing protests in the city.

“His job is, as the no drama llama, is to bring tension down, you know, to take drama out of people’s lives, not add to it,” said Larry McCool, the llama’s owner.

The llama, named Ceaser, is a therapy animal and has come to at least five demonstrations in Portland so far.

McCool is the owner of Mystic Llama Farm in Jefferson, Ore., and has cared for dozens of llamas in his nearly 20 years in the business.

Portland, the largest city in Oregon, has seen peaceful demonstrations by day turn violent by night, as demonstrators clashed with police and officers used pepper spray and rubber bullets to disperse crowds.

Protesters have been taking to the streets for over two months in support of Black Lives Matter after the death of George Floyd in late May. Floyd, an unarmed black man, died in police custody after an officer kneeled on his neck for over eight minutes.

Tensions in the city roiled in recent weeks after President Trump sent federal officers to protect federal property; they were asked to leave following reports of aggressive tactics and unexplained arrests by law enforcement.