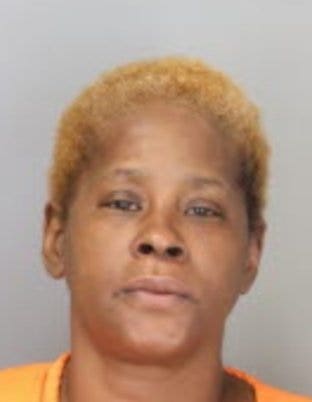 A 58-year-old grandmother in Tennessee faces DUI and other charges after trying to teach her 13-year-old grandson to drive, resulting in injuries to five pedestrians, police say, according to reports.

Ernestine Hollomon had her grandson in her lap and at the wheel when their vehicle plowed into people along a street in Memphis, WREG-TV of Memphis reported.

Hollomon faces charges of driving with a suspended, revoked or canceled license and DUI/child endangerment – as well as charges under the state’s financial responsibility law, Memphis police posted in a Twitter message.

Her license had been suspended for five years, according to the station.

Initial reports of three people being injured were later revised to say five people had been injured.

WREG later interviewed the teen, who claimed he tried to hit the brake before the vehicle could strike anyone. The teen – whom Fox News is not identifying because of his age – claimed that as he tried to stop the car, his grandmother had her foot on the gas pedal.

“I ain’t know what to do,” the teen said. “I pushed the brake but she pushed the gas pedal and went straight ahead and started crashing into those folks.”

Hollomon’s daughter, Jennifer Hollomon – the mother of the teen – told the station “I don’t know” when asked why she allowed her son to take the driving lesson, WREG reported.

“I hope she’s learning her lesson the whole time she’s in jail,” the daughter said. “I hope she thinks twice next time.” The grandmother was scheduled to make a court appearance Thursday.

As for the teen, he said he’s finished with driving.

“I ain’t want to drive no more,” he told the station.