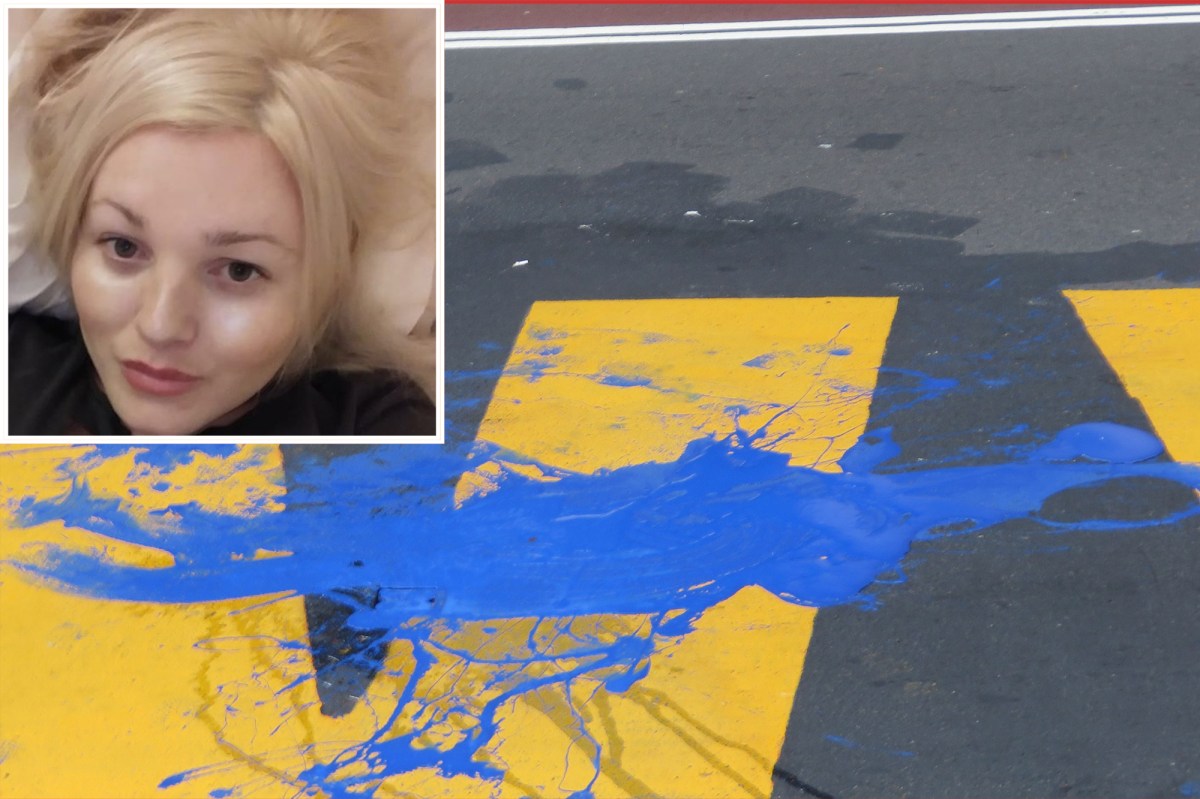 The Black Lives Matter mural outside Trump Tower has been defaced yet again — just days after it was cleaned from a previous act of vandalism.

Guilet Dita Germanotta, 39, was arrested Wednesday afternoon after allegedly throwing blue paint across the giant yellow lettering that the city has painted across the block of Fifth Avenue outside the president’s former home, sources told The Post.

Germanotta was placed in custody around 4:12 p.m. and was taken to the Midtown North precinct for processing. Charges are pending, according to police.

The mural has been vandalized nearly every week since it was installed on Thursday, July 9.

The de Blasio administration has painted similar murals on streets across the city, but singled out the block of Fifth Avenue to apparently send a message to the president as part of their ongoing feud.

The mural was vandalized three times in the week after it was first painted. Another vandal was arrested for hurling paint across the mural over Saturday and Sunday, July 25 and 26 — a blemish the city didn’t move to clean off until a week later.