Denver police have announced a cash reward as they investigate an arson fire early Wednesday that killed five members of a family — including two young children — with ties to the West African country of Senegal.

The $14,000 reward for information leading to an arrest was announced Friday at a news conference that included Senegal’s representative to the United Nations, according to reports.

“Beyond the money, what I’m asking for is a heartfelt plea,” Division Police Chief Joe Montoya said. “I want people to look into their hearts … and understand that this was a family that was thriving. They were heading the right direction.”

Killed in the fire were Djibril and Adja Diol, and their 3-year-old daughter Kadidia, and Hassan Diol and her infant daughter, Hawa Beye. Hassan Diol and Djibril Diol were siblings. 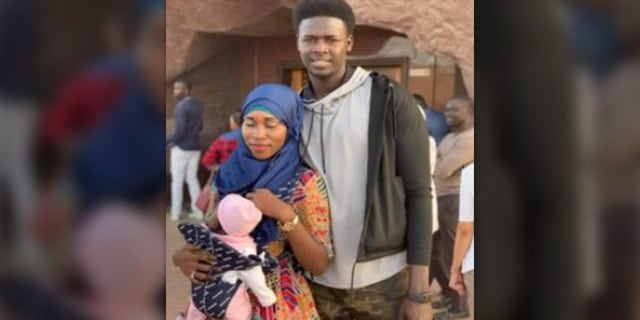 Djibril Diol, his wife Adja, and their daughter, Kadidia were killed in an arson fire in Denver early Wednesday. The fire also killed his sister and her infant daughter. (Denver Police Department)

Montoya said Djibril Diol “was doing all the things he needed to do to provide his family with an amazing life in America, and that was all cut short on that day.”

Dectives assigned to the case don’t have any suspects and don’t know if the crime was bias-related, he said.

“We don’t want to get tunnel-visioned into a motive,” he said. “There are some cases, on the front end it’s very evident as to that what the motive is for a crime. This is not one of those cases.”

The paper quoted Senegal’s consul general, Elhadji Ndao, as saying that people were shocked back in Senegal.

“There’s consternation — almost anger,” he said. “These were young people who were known to be peaceful.”