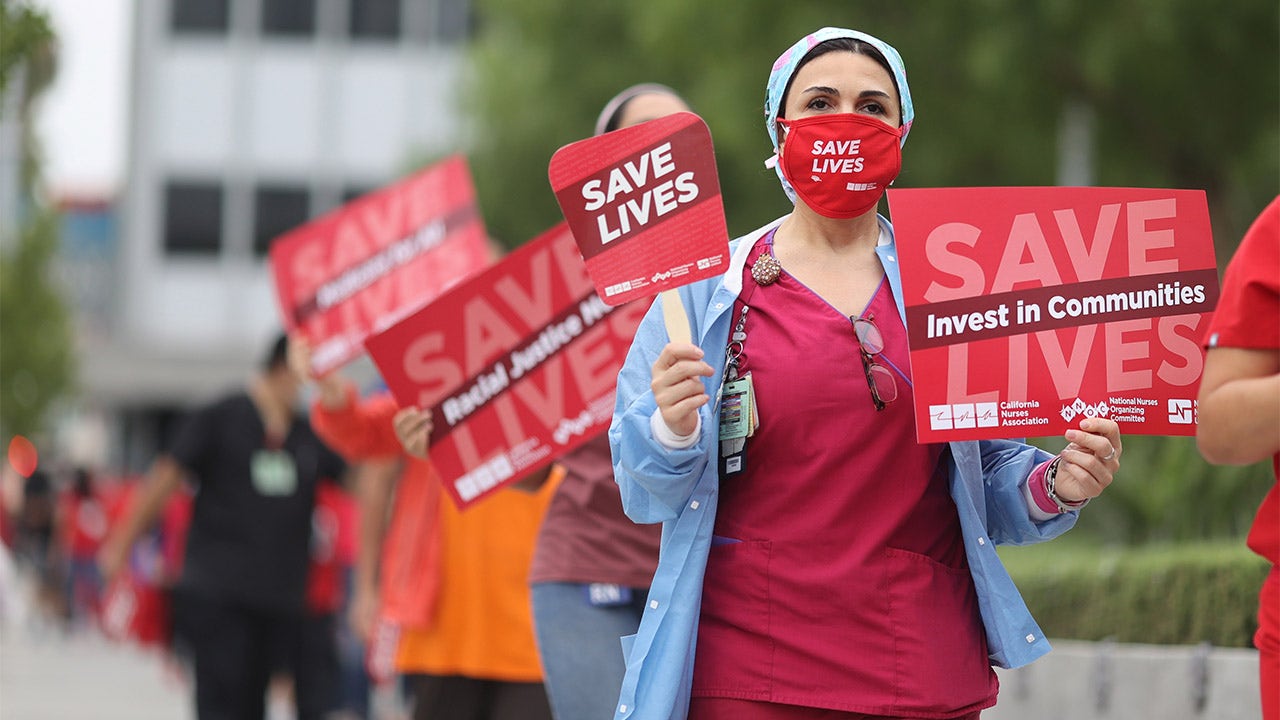 Union members protesting the Veterans Affairs decision to eliminate hazard pay during the COVID-19 pandemic gathered outside James A. Haley Veterans’ Hospital in Tampa this week.

The Florida demonstration was one of more than 200 National Nurses United protests across the country demanding better protection for veterans and nursing staff at VA facilities amid a reported shortage of personal protective equipment.

“These recent COVID surges and uncontrolled infections and deaths, the failure of employers to protect our nurses and other workers, the outrageously high rates of unemployment and hunger, the totalitarian crackdown on protesters — every crisis we are seeing now can be traced back to our failure to value human lives over profit,” National Nurses United Executive Director Bonnie Castillo said in a statement.

National Nurses United is urging the Senate to pass the multitrillion-dollar HEROES Act, approved by House Democrats but stalled by the Senate, which would utilize the Defense Production Act to generate more protective equipment, bring economic relief and order the federal Occupational Safety and Health Administration to institute an emergency temporary standard on infectious diseases.

Following months of nationwide calls to put a stop to racial inequality, the union aslo insisted on an end to racism and union-busting at VA facilities.

A spokesperson for the organization, which has more than 155,000 members, said nurses at the James A. Haley hospital want transparency from management.

They’re demanding that registered nurses “have access to safe protective equipment and that RNs who are exposed to COVID-19 get immediate testing. … RNs are also insisting that management staff the hospital appropriately so that the veterans receive optimal care.”

The spread of COVID-19 in the Sunshine State, meanwhile, appears to be slowing. The Miami Herald reported Thursday that Florida has seen a slight decrease in newly confirmed cases over the past fortnight.

According to the Johns Hopkins Coronavirus Resource Center, there are now more than 518,000 confirmed cases, almost 8,000 deaths, and an above-average positive testing rate of 13.29%.

A case rate that high, however  — just below California’s numbers — is still worrying, especially for health workers on the front lines.

According to FOX 13, some nurses have even reported that they were told to keep working after they were exposed to COVID-19 and showed no symptoms.

A hospital spokesperson, however, said the health and well-being of the facility’s staff and veterans is “always [its] top concern” and said the protests don’t reflect the site’s safety practices, which have proven effective.

“Many of the demands are already part of the facility’s operational response to this pandemic and have been for months,” the spokesperson said in a statement.

Not only does the hospital provide employees with all required safety gear in accordance with CDC guidelines, it has an adequate supply to meet current demand, the spokesperson said.