3 US citizens arrested in California for trying to smuggle in 52 illegal immigrants: officials

Three U.S. citizens were arrested in California on Friday for allegedly smuggling 52 illegal immigrants across the border from Mexico.

The incident took place around 5 a.m. when operators of the Remote Video Surveillance System spotted a suspicious stake bed truck and a van.

U.S. Customs and Border Protection (CBP) agents conducted stops on both vehicles while they were eastbound on Highway 98. 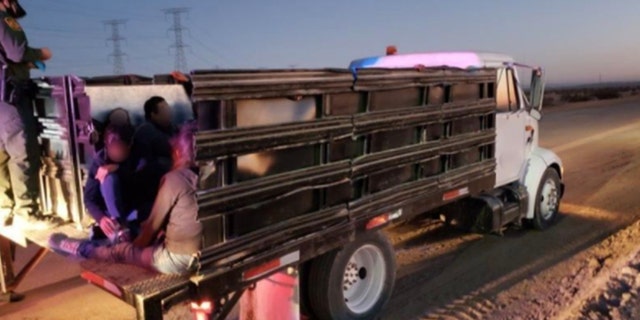 The driver of the truck, a 22-year-old U.S. citizen, admitted to agents he was smuggling 37 people – 36 adult Mexican nationals and one Guatemalan adult – in the back of his vehicle, according to CBP.

“Agents searched the truck and discovered 37 subjects attempting to conceal themselves under a black tarp in the bed of the truck,” CBP officials said in a statement.

A second group of agents stopped the van and found two U.S. citizens in the driver and passenger seats.

“Further inspection of the vehicle revealed 15 subjects in the back of the van,” CBP said. “Agents interviewed the occupants and determined all to be adult Mexican nationals illegally present in the United States.”

In total, CBP agents arrested three U.S. citizens and 52 illegal immigrants, consisting of 35 men and 17 women between the ages of 18 and 52.

They have all been transported to the El Centro station for processing.  El Centro is the largest city in the Imperial Valley in Southern California.