Chicago Mayor Lightfoot issues warning to downtown looters: 'We are coming for you' 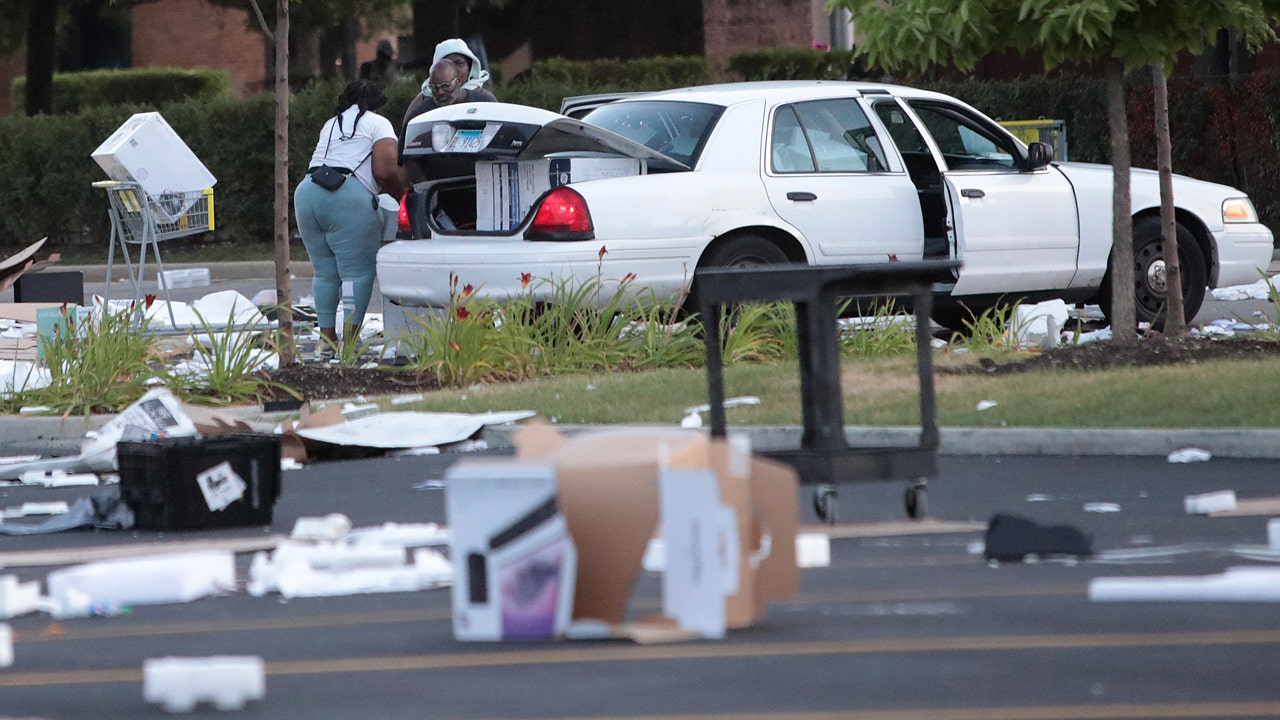 Chicago Mayor Lori Lightfoot slammed looters and rioters who descended upon the downtown area early Monday morning, calling the overnight events “an assault on our city” and telling criminals, “We are coming for you.”

Police said more than 100 people were arrested and at least 13 officers were hurt over the course of the events.

“We are waking up in shock this morning,” Lightfoot said. “These individuals engaged in what can only be described as brazen and extensive criminal looting and destruction. And to be clear, this had nothing to do with legitimate, protected First Amendment expression.”

“We are not going to let our city be taken over by criminals and vigilantes,” the mayor later added.

“Car caravans” of looters made their way into Chicago’s Magnificent Mile, Gold Coast and Irving North neighborhoods and neighboring commercial districts overnight, which officials believe was spurred by a police-involved shooting in Englewood earlier in the day.

At the scene of the South Side shooting, “tempers flared fueled by misinformation as the afternoon turned into the evening,” said Chicago Police Superintendent David Brown.

Chaos and destruction unfolded over the next several hours, as several posts to social media show looters breaking into high-end stores, including Saks Fifth Avenue and a Tesla dealership, with many using anything they can – even, in at least one case, a car – to do so.

“This was not an organized protest, rather this was an incident of pure criminality,” Brown said. “This was an act of violence against our police officers and against our city.”’

WHAT IS CHICAGO’S MAGNIFICENT MILE?

“Criminals took to the streets with confidence that there would be no consequences for their actions and I, for one, refuse to allow these cowardly acts to hold our city hostage,” Brown said. “CPD will not stand by as our beautiful downtown becomes someplace that people fear.”

Brown said the department is creating a “special team” of investigators tasked with scouring the hours of camera footage obtained overnight and asked any members of the public who took videos to share them with police.

In the meantime, he announced that officers would be working longer, 12-hour shifts, and “all days off” would be canceled until further notice. The city will also be restricting downtown access from 8 p.m. to 6 a.m., he said.

“This is a beautiful city,” Brown continued, “and Chicago police officers will not allow this selfish criminal act to destroy what generations of hard work have built.”

Lightfoot stressed that the stores that were ransacked overnight are still reeling from the impacts of the novel coronavirus pandemic.

“These same stores that were hit last night were hit previously, not just by looting but by closures related to COVID-19,” she said. “Stores that were targeted were more than just large chain stores. There are small businesses and restaurants representing our city’s jobs and livelihoods, all of which were in the process of recovering or on the verge of recovering.”

She called upon court officials and the state’s attorney to make sure people who are, or who will be arrested, are “held accountable.”

“To those who engaged in this criminal behavior, let’s be clear: we are coming for you. We are already at work in finding you and we intend to hold you accountable for your actions,” she said. “There is no justification for criminal behavior ever. You have no right, no right, to take and destroy the property of others… this is not anywhere near acceptable.