Cleveland BASE jumper slams into building on his way down, video shows 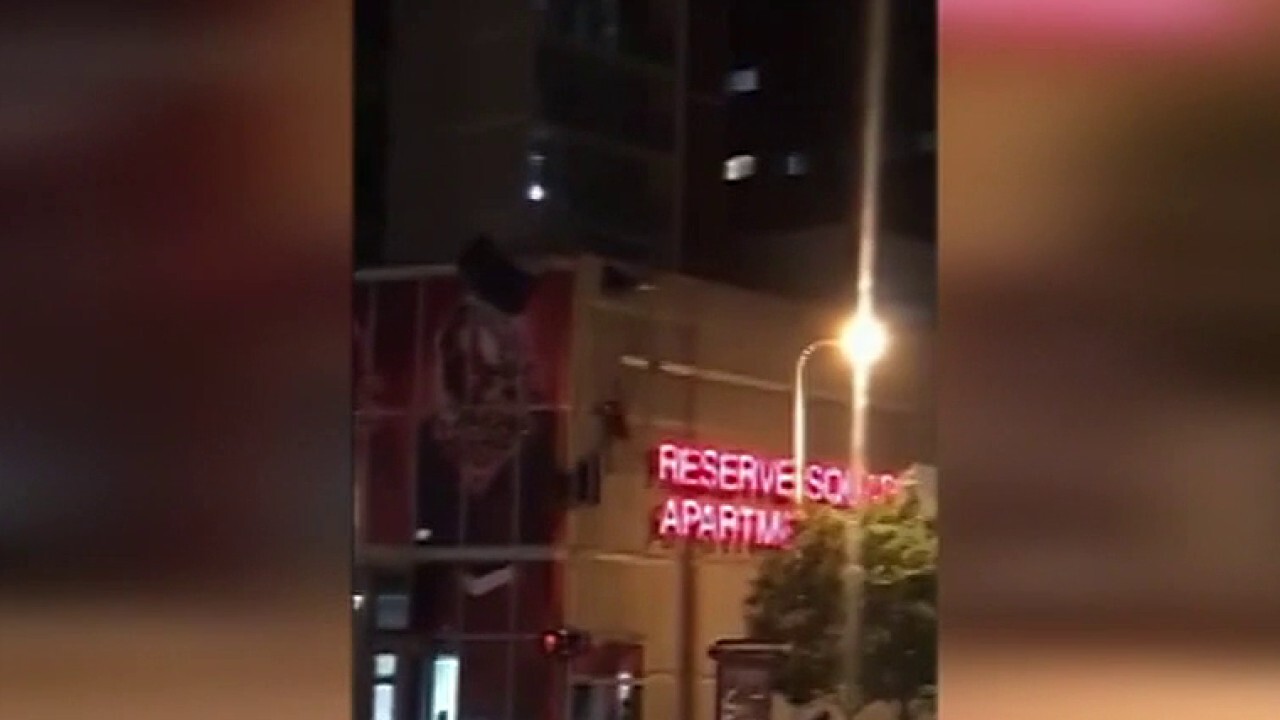 A Cleveland woman says she and her cousin were astonished when they noticed what they describe as a BASE jumper parachuting off of a building in downtown Cleveland early Sunday morning.

Lexi Sepulveda says her cousin, Christopher Colon, pulled out his cell phone and began recording as more BASE jumpers began parachuting off the building.

“By the time he landed, I was like, ‘Is that a parachute? Did he really just parachute off of the building?’ and a couple more came after that.”

Four of the jumpers landed safely, but witnesses were stunned as the fifth jumper slammed into the Reserve Square Building complex on the way down and his parachute caught on the edge of the building, leaving him dangling 40 feet above the pavement.

“We saw him go down really, really fast and then it was smack, just bad,” said Lexi Sepulveda. “My reaction was kind of closed my eyes. I was actually genuinely scared at first, but then once I saw him moving, it kind of, a sigh of relief for a second.”

Witnesses were astounded that the parachutist had only suffered a leg injury, but he was still hanging by his parachute in a precarious position, 40 feet above the ground. “It seemed kind of lucky that he got stuck on the building like that, instead of kind of hitting it and dropping down; I mean, that would have really been unfortunate,” said Patrick O’Shea.

Cleveland firefighters summoned to the scene realized that the victim was still in danger of falling, so they decided the fastest and safest way to rescue him was with a ladder truck.

After he was freed from the parachute and loaded into a basket, the 35-year-old man was lowered to the ground and then taken to MetroHealth Medical Center for treatment of a broken bone.