'Defund the Police' message in DC mural being repaved 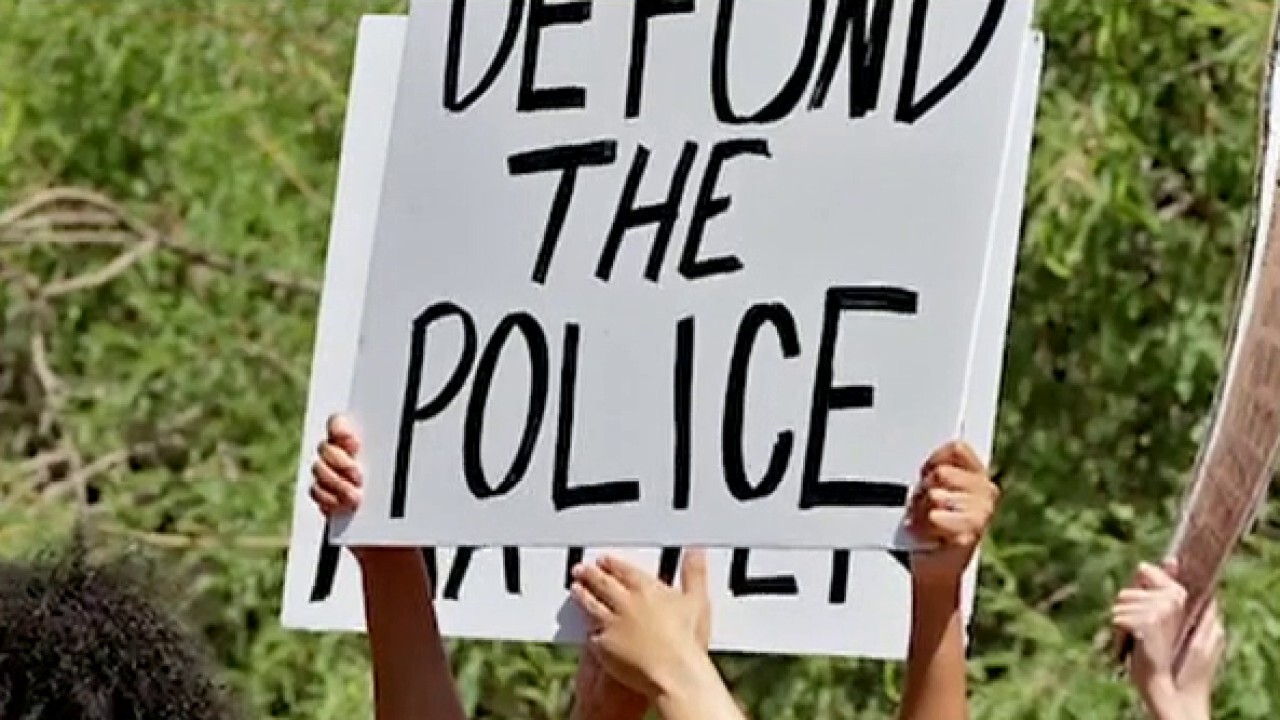 In June, Black Lives Matter activists painted, “Defund the police” on a street near the White House — a day after the mayor of the nation’s capital unveiled a “Black Lives Matter” mural that spanned the same two-block stretch of road.

Workers with the city’s Department of Public Works, which helped arrange the original work, refreshed the paint the next day. Still, they left the message, now reading “Black Lives Matter = Defund the Police.”

But on Tuesday, the added statement, seen by some as anti-police, was removed.

Experts warn against eliminating police forces altogether, but noted that not all advocates seem to be pushing for a total tear-down. Some simply want major reforms, and others want more emphasis on community programs.

The Black Lives Matter movement emerged over the acquittal of George Zimmerman, the Florida man who shot and killed 17-year-old Trayvon Martin in 2012. The phrase itself was coined shortly thereafter as a social media hashtag by three Black women: Alicia Garza, Opal Tometi and Patrisse Cullors. Soon it was heard widely at protests.

Today, the Black Lives Matter movement has attracted tens of millions across social media platforms and some have called it the largest protest movement in modern American history. A coalition known as the Movement for Black Lives, formed in 2014, now includes more than 150 affiliate organizations that have organized around such causes as defunding police departments and reinvesting in struggling black communities.

Its agenda focuses on overhauling police training, the use of force and the punishment of rogue officers, and in some cases calls for the outright defunding of departments. The movement also is pressing to erase economic inequality and disparities in education and health care.

Senator Harris Is In