New York, San Francisco may not rebound after pandemic exodus, other factors: column

Residents in major U.S. cities like New York and San Francisco have started to leave in droves due to various factors, including the lack of jobs during the coronavirus pandemic, technology and a potential increase in violent crime, according to a column posted on Monday.

Large cities were already hurting before the pandemic. Now, statistics from Indeed, an employment-related search engine, have shown that major U.S. metropolitan areas have seen a greater rise in employment and a larger percentage of job loss compared to smaller metros, according to a piece by Noah Smith, a columnist at Bloomberg.

Data from Indeed found that job postings in New York City over the past year have decreased by 36.4 percent, while San Francisco and Portland have seen their postings plunge by 38.5 and 33.5 percent, respectively. 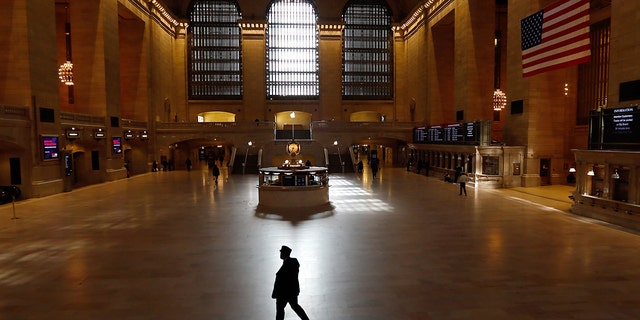 “This is due in part to the reduced ability of residents to pay, but also because of wealthy people fleeing cities like San Francisco and Manhattan for (literally) greener pastures,” said Smith.

Smith said that COVID-19 has been the main reason as to why people are fleeing major U.S. cities. Having large population densities, many are likely escaping major cities because they are seen as a hotbed for contracting the virus. He added that many workers are now provided the benefit of working from home, which has afforded them the luxury of working away from big cities.

Going back in history, the population of many big U.S. cities decreased during the mid-20th century, including a swift exodus in the 1970s, Smith said. New York City’s population also fell between 1950 and 1980. Cities would later rebound in the 1990s, which was around the same time violent crime plunged in the U.S, he added.

JOURNALIST DESCRIBES RIOT DAMAGE IN CITIES ACROSS US: ‘BEYOND ANYTHING … SINCE AT LEAST THE 1960S’

Homicides have gone up this year, which he said could “deter people from city life once again.”

Whether major cities will rebound hinges on the economy of those areas and why people live in largely populated cities, which he attributed to “production, consumption, and public goods.” Smith said the coronavirus and recent trends could prevent major cities from making a comeback.

Big cities are seen as more productive because a large number of people, businesses, and their consumers are located close by, he said. However, technologies like Zoom and Slack have taken away the productivity advantage most cities normally have.

In terms of consumption, cities have routinely been a place to easily meet people and find things to do. He said similar apps and technology that make it easier to connect to people from afar have also impacted how valuable big cities really are.

The most powerful impact on big cities, he said, is NIMBY, an acronym for the phrase “not in my back yard.” A benefit to people living in big cities is that it’s cheaper to provide certain public goods like transportation, utilities, and roads, he said. Within the past decade or so, benefits to those services have been limited by powerful homeowners, curbing their appeal.

“It’s still too early to tell whether the rise of telework, social networking, violence, and NIMBYism will be enough to push Americans back to the suburbs en masse,” Smith said. “Given the uncertainty, cities should act to shore up their weaknesses before they find themselves facing an evaporation of their tax bases.”