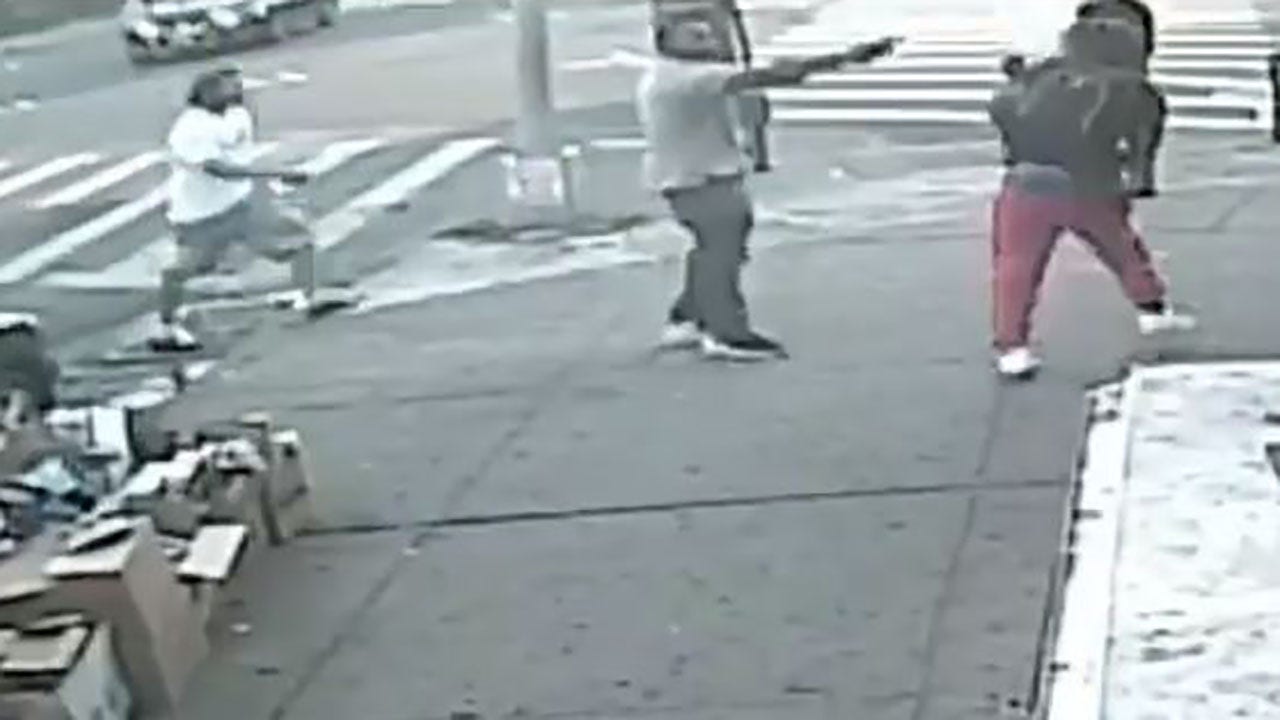 A man in the Bronx was crossing the street with his 6-year-old daughter when he was gunned down. A woman in Brooklyn was leaving a store as bullets flew. In Queens, a 14-year-old boy was approached by two people and then shot three times.

If nothing else, the victims share one commonality: they were shot in broad daylight in the past few months.

New York City saw more than double the daytime shootings – those that occurred between 7 a.m. and 7 p.m. – from May 1 through July 31 than it did during the same period last year, as the Big Apple continues to grapple with the startling uptick in gun violence, Fox News has learned.

New York Police Department statistics show a nearly 137% increase in the number of shootings that occurred over the three-month period specifically during the daylight hours of 7 a.m. and 7 p.m. From May through July 2020, 168 incidents were reported, while during the same time period in 2019 the number of shootings reported was 71, according to data obtained by Fox News.

There were 64 shootings in June, with 78 victims, versus the 31 incidents and 38 victims reported last year.

And July of this year saw 66 broad daylight shootings and 72 victims, compared to the 21 shootings and 23 victims reported during the same hours of July 2019.

In total, the number of daytime shooting victims over the three-month period increased from 85 in 2019 to 192 in 2020, statistics show.

The beginning of July saw a particularly startling spate of daylight shootings.

One of the most alarming examples was the brazen attack of 29-year-old Anthony Robinson, who was shot while walking with his 6-year-old daughter in the Bronx on July 5.

Terrifying video shows Robinson standing at the intersection of Sheridan Avenue and East 170th Street around 5:50 p.m., holding his daughter’s hand as he waits to cross. As he does so, a sedan comes to a halt on his left and a hand is seen pointing a gun out the passenger’s side window.

Robinson collapses to the ground moments later as his daughter runs away, video shows. He was rushed to an area hospital, where he later died. Three people were arrested later that month in connection with the attack.

Just days earlier, on July 2, 20-year-old Deondraye Moore was standing at the corner of New Lots Avenue and Mother Gaston Boulevard in Brooklyn around 6:45 p.m. when he was shot. Video later shared by police shows a man approach and pull out a gun, shooting Moore in the head from only a few feet away. He succumbed to the attack shortly thereafter, police said.

A woman who was also in the area was shot multiple times as she was leaving a nearby store. Shaquana Fields, 36, suffered gunshot wounds to her arm and chest and was believed to have been an innocent bystander, according to the New York Daily News. Her injuries were not considered life-threatening.

And on July 6, a 14-year-old boy was on 166th Street and Marsden Avenue in South Jamaica, Queens, shortly after 5 p.m. when he was approached by two people, police said. He was shot in the neck, torso, and leg, but was expected to survive the attack.

PIX 11 reported the teen was suspected of being affiliated with a gang.

Shootings as a whole, regardless of the time of day, also skyrocketed fro May to July of this year, when 549 incidents were reported compared to the 238 logged during the same time in 2019, police data shows. The 685 shooting victims during that period compared to the 295 last year.