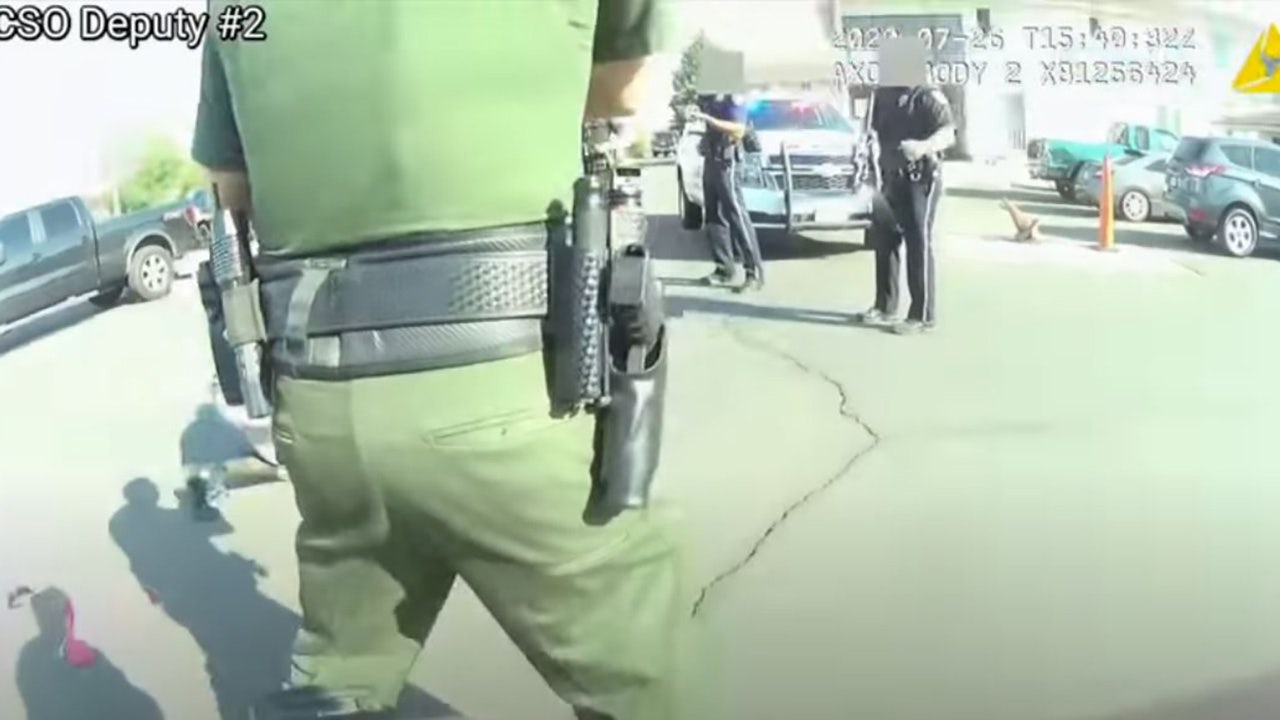 Law enforcement in Nevada released new body camera footage on Sunday – exactly two weeks after an officer was struck by a fellow cop’s Taser and fired his gun “unintentionally” at a driver, sending him to the hospital.

In an effort to reform their policies, as well as minimize public anger, the Reno Police Department, Sparks Police Department, and the Washoe County Sheriff’s Office announced in mid-July they would release all body camera footage in an officer-involved shooting within 14 days of the incident, KOLO reported.

The move came as protesters call for a national reckoning on racial injustice and police brutality in the wake of George Floyd’s death.

In one of its first incidents since the new policy has been enacted, the Reno Police Department on Sunday released body camera footage showing an officer-involved shooting that happened on July 26 on the 6900 block of South Virginia Street.

The 43-year-old suspect, who has not been identified by authorities, was shot in the shoulder and recovered at the hospital. He was charged with reckless driving and obstructing a peace officer and was taken into custody by the Sparks Police Department after being released from the hospital.

Authorities said a Washoe County Sheriff’s had pulled over a driver before 8:30 a.m. for reckless driving and requested backup from other agencies when the man became uncooperative and non-compliant, the Reno Gazette-Journal reported.

The video showed deputies repeatedly tell the man to lie down on the ground. He instead stands up and takes a step toward one of the Reno police officers.

“Can you go on your knees, please,” a deputy asks the driver. “Let’s talk about things.”

Video shows the officer whose gun fired immediately wrap a strap around the man’s shoulder to stop the bleeding.

Another Reno police officer asks: “Who was it?”

The officer who shot the suspect was also taken to the hospital to have a dart removed from his knee.

NJ woman, 107, has survived coronavirus and Spanish flu in her lifetime: report