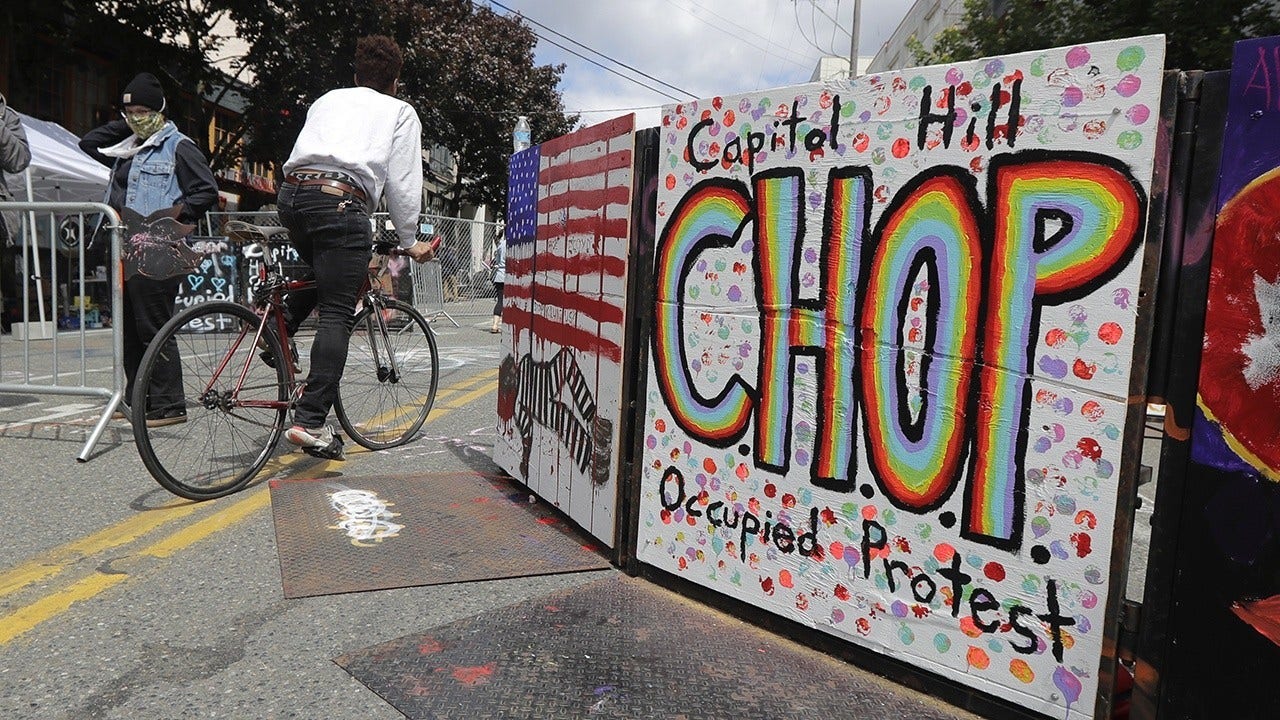 Hundreds of Christians in Seattle turned out Monday in the area formerly dubbed Capitol Hill Organized Protest, or CHOP, and were confronted by “violent protesters” who flashed knives, shouted obscenities at local Black pastors and hailed Satan, according to worship leader and political activist Sean Feucht.

Worshippers sang Gospel music, prayed and some were even baptized, said Feucht, who is the founder of “Hold the Line” ministries. The massive service at Cal Anderson Park was held amid coronavirus restrictions on large gatherings and most people in the crowd were not wearing facial coverings or maintaining the appropriate social distance, KING-TV reported.

“The worshippers in Seattle are the most courageous and bold in America!!!! THEY WIN AFTER TONIGHT!!! It was absolutely bonkers in so many ways!!” Feucht said in an Instagram post.

“Violent protestors showed up flashing knives! We had an entire satanic cult march through the worshippers the entire time yelling ‘Hail Satan!’ We had white Antifa yelling & threatening black local pastors! They yelled obscenities and cursed at my wife and kids all night long!” he said.

Feucht said he had about 30 bodyguards stationed around him to keep back protesters, who tried to disrupt the service and broke the band’s drums and guitar pedals.

“They killed our generators at one point…yet through it all…SEATTLE NEVER STOPPED SINGING!!!” Feucht said. “THE CHURCH REFUSED TO BE INTIMIDATED AND GOD KEPT POURING OUT!”

In one video purportedly taken from a protester’s livestream, crowds erupted in song and dance despite the interruptions.

One photo showed a man in black clothing and wearing a facial covering holding a sign that read: “Hail Satan.” He appeared to be alone and a group of worshippers approached him.

Several other photos shared by Feucht showed crowds, including children smiling with their arms up or bowing their heads in prayer.

“The time for courageous Christianity is here. No more backing down and fleeing for the suburbs. Jesus is coming for the hardest parts of our cities and He’s jealous for praise, love & salvation to fill the streets,” Feucht wrote.

Under Gov. Jay Inslee’s Phase 2 restrictions for faith-based and religious services, outdoor gatherings are restricted to 100 people, must be held on or near the organization’s property, and require congregants to wear masks or facial coverings and adhere to social distancing when possible. According to King County’s website last updated on Aug. 5, “Singing is a high-risk activity because it can spread infectious droplets” and choirs should not perform during church services.

In the wake of George Floyd’s death in Minneapolis, protesters declared an autonomous zone in six city blocks in Seattle which included an abandoned police precinct. A tent encampment was set up in the park in a “no-cop co-op” and Black Lives Matter protesters called for the city’s Democratic leadership to defund the police department. After weeks of unchecked crime and fatal shootings, police eventually dismantled barriers around the zone and reclaimed the police precinct, making dozens of arrests.

Feucht held another “Riot to Revival” service in Portland on Saturday, with thousands of worshippers in attendance. He has also hosted “Let Us Worship” protests in California to encourage Christians to become more involved in politics and fight against the “double standard” seen in coronavirus restrictions.