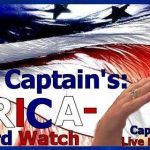 A 12-year-old boy fatally shot a man to protect his grandmother when two intruders broke into her North Carolina home, authorities said.

The pair demanded money and shot Ellis in the leg, prompting the 12-year-old to open fire, police said.

The gunfire caused the intruders to flee, but one suspect, Khalil Herring, 19, was found at a nearby intersection suffering from a gunshot wound, police said.

He was brought to a nearby hospital, where he was pronounced dead, officials said.

“Why would somebody come into her house and do this? It’s got to stop,” Ellis’ great-niece, Chiquita Coley, told WRAL.

No information was released about the second suspect, but authorities said the investigation is ongoing.

Charges are not expected to be filed against the 12-year-old boy, police said.