Stacey Ann comes to us from Gentry, Arkansas. However, she is a Salem girl graduating from Sprague High School. Her parents owned a small business in Salem for many years. She moved away to pursue her degree in Sociology and Human Services. Now empty nesters, Stacey and Terry have returned to the Pacific Northwest.

Along with being a mother of two boys and three girls, she has also blessed with three granddaughters and one grandson. Stacey has also devoted a great deal of her time to fostering several children and adopted her youngest child after fostering her for a year.

Having been in the broadcasting and media profession for over 30 years, Stacey has helped to organize and produce local talk shows and news broadcasts and has been a true leader in her community.

Stacey is passionate about LIFE, her family and her country. With her deep love for God, she traveled to Mexico in 1987 & 2011 on a short term mission trips. She has also traveled with Answer the Call International in 2013 to serve on a short term mission to India. She has been recognized by the South Dakota Right to Life as being the South Dakota Humanitarian of the Year.

Stacey has also served on various non profit boards and political campaigns over the years, the most noted being the “Vote Yes for Life” Board as South Dakota attempted to end abortion in 2006 and 2008. She is a member of the National Life Runners Team spreading the message of LIFE in local and national walks & races. She served as the Honorary Commander with the 28th Medical Supply group at Ellsworth Air Force Base in Rapid City, South Dakota. When not in the studio or out in the community working, you will most likely find Stacey and Terry riding their motorcycle exploring the beautiful sites and people of Oregon.

We think she is a great addition to our team and will help us move forward in bringing you the most reliable news and information to the many counties we serve. 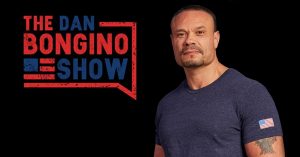